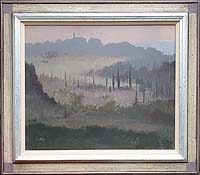 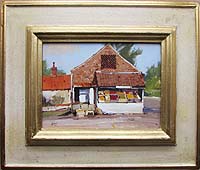 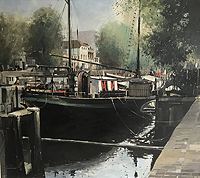 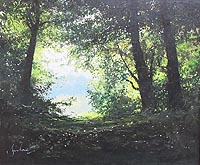 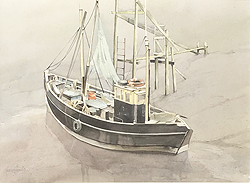 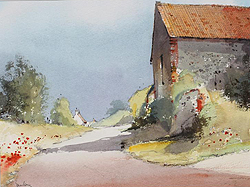 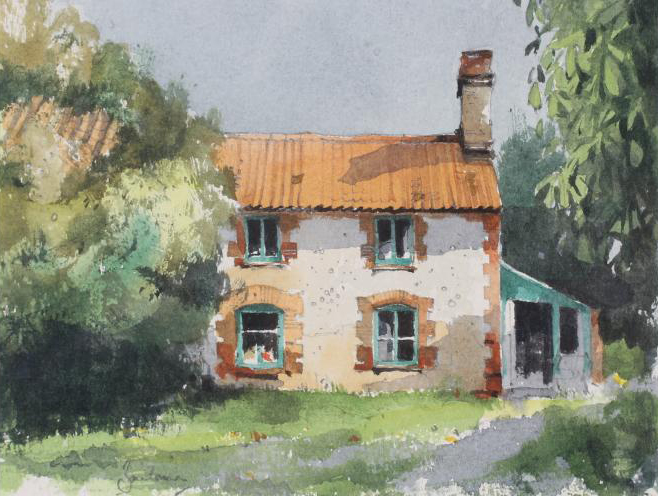 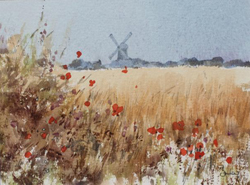 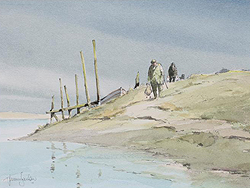 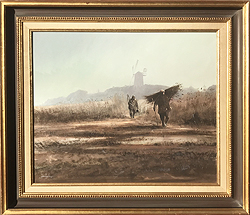 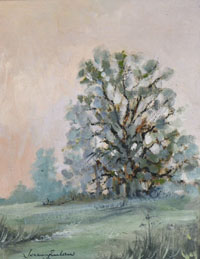 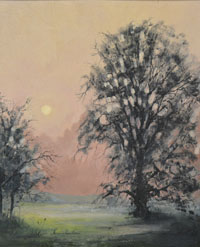 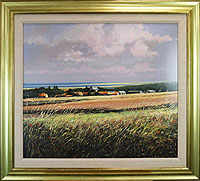 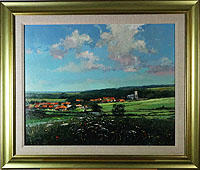 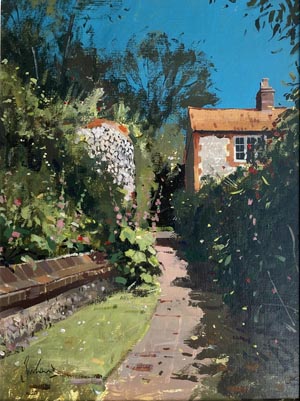 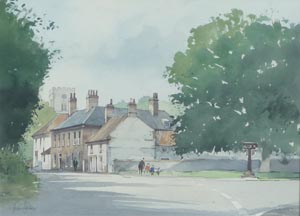 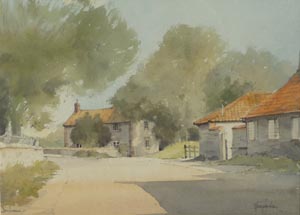 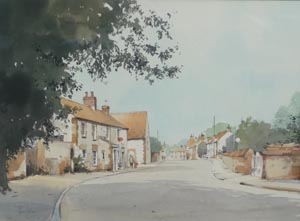 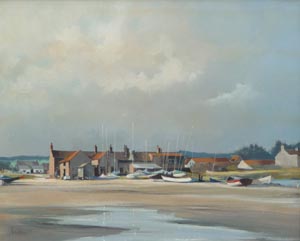 One of the country’s most distinguished landscape painters, Jeremy Barlow has exhibited widely both in this country and in Europe. An inveterate traveller, he is especially drawn to the radiant skies and relaxed outdoor life of the Mediterranean where he spends considerable time painting in France, Italy and Spain and recently further afield in Japan. In 2008 he was the recipient of a fellowship granted by the San Ei Gen Foundation, an institution set up to foster cultural exchange in the arts between the UK and Japan. This prestigious award allowed him to spend time studying and painting in Japan. His visual exploration of this unfamiliar landscape and ancient culture steps beyond the sun-dappled Venetian balconies and busy boulevard cafes of provincial French villages where his sensitivity to light and atmosphere emerges fully in his paintings of sun-drenched town squares and shady side streets.

His distinctive handling of perspective and dramatic treatment of light and shadow throw the scene into high relief and artfully lead the viewer into the picture. Jeremy Barlow studied illustration at Northampton School of Art. Inspired by the British landscape artist Stanley Orchart, Jeremy spent several years developing his own style of painting while following a successful career working in studios in London and the Midlands. In 1977, he moved to Germany and for the next 6 years concentrated on painting German, French, Belgian and Dutch landscapes and townscapes. He returned to England in 1983 and since then has exhibited at many major venues including the Royal Academy of Arts, the Royal Institute of Painters in Watercolours, the Royal Society of Marine Artists and the Royal Society of British Artist.

His work is represented in public, private and corporate collections worldwide. He is an elected member of the Royal Institute of Oil Painters (ROI) and served as a council member from 1995 to 1999. He won the Stanley Grimm prize in 1994 and 2000 and the Alan Gourlay Memorial Prize in 1999 at the Annual ROI Exhibition at the Mall Galleries. British artists and major galleries in London, the provinces and further afield in the Netherlands, Germany and the USA, with over 200 successful one-man exhibitions since 1978.