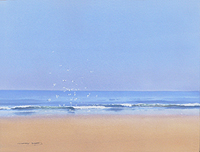 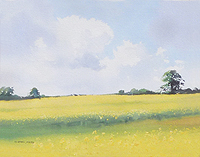 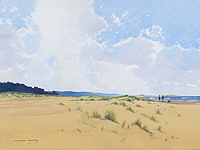 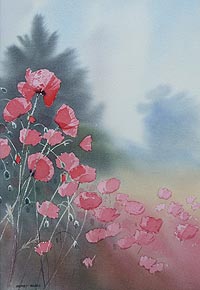 Godfrey Sayers
Blakeney Towards the Point
• 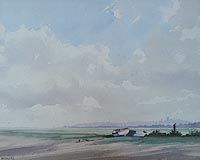 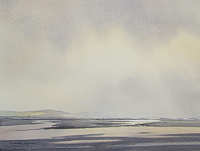 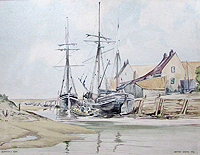 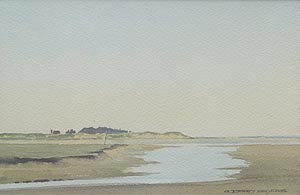 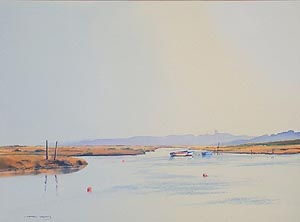 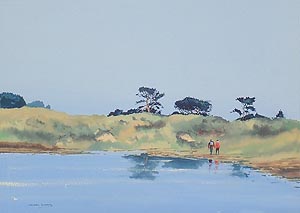 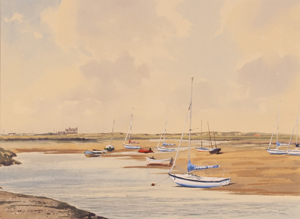 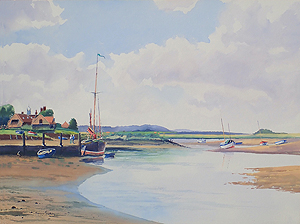 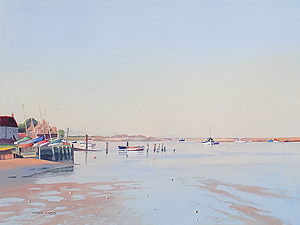 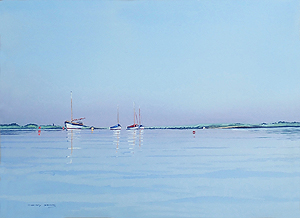 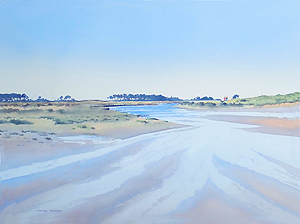 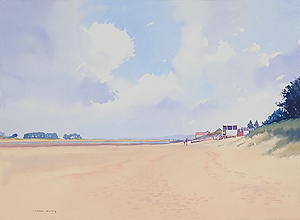 As a youngster growing up in Blakeney, Godfrey Sayers had many opportunities to watch painters at work. One of these was Gerald Ackerman. Although not an artist who enjoyed people peering over his shoulder, he was quite tolerant of children. Godfrey immediately identified with what he saw and at school began to explore his own painting talent. His early working life as a fisherman was pre-ordained and for several years this was his occupation, however not a minute of that time was wasted, day in day out, in sunshine or in the bleak ice and snow of winter, Godfrey absorbed the austere beauty and character of the Norfolk Coast.

There is no more effective way to do this and some of the finest painters of this coast come from fishing backgrounds. Godfrey has had a number of one-man shows in London extending his range from flower meadows to the outer reaches of the solar system, exhibiting for many years at Liberty's as well as being one of Mandell’s regulars closer to home. Although his work is distributed around the world it is most thickly spread throughout East Anglia and for him the greatest compliment, and his greatest satisfaction is, that so many of the young people of this coast buy his work so they can take a little of their heritage with them wherever they go in the world.